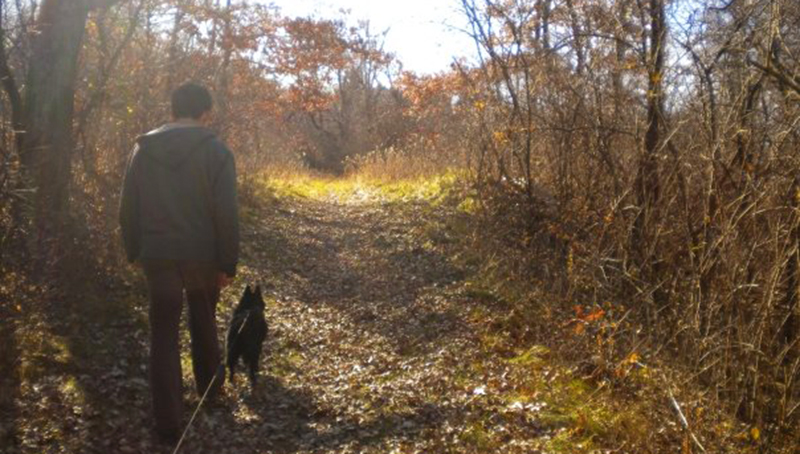 Someone once told me that all dog stories end in pathos, and can’t avoid being mawkish and trite. I think this is true. People don’t really blab about their dogs if everything is going fine, much less on the Internet. That’s why in writing Minnie’s obituary a few days ago I tried to be straightforward. I wanted to compose something brief and authentic. I wanted it to perhaps provide a chuckle or two to those saddened by the loss.

However, considering how verbose I am, I can’t just leave it there. For those who know me, you probably already know what I’m feeling right now, and probably (to a large extent) what I’m going to say. So, I’ll skip most of it. What I will say is simply how much I miss her. Minnie was a great dog. Yet, even more than that Minnie was just a great being. She was great example of life itself. She was colorful. She was unique. She had easily as one of the most silly, interesting and complex personalities that I’ve ever encountered (in humans or in animals). The bursts of outrageous activity she would get into (the “charging” that I talked about in the obituary) was the stuff of family legend. Additionally, her expressions of affection were amazingly distinctive. She would never beg for it, and could even be haughty or standoffish. Yet, if you moved your face close to hers you were almost assured a lick, and you could frequently count on her spying on you in different parts of the house, as if she just needed to keep tabs on where you were at all times.

Yet, like everything else, Minnie was far from perfect or infallible, and I think that in reflecting on her it’s important to recognize that. If I don’t then I’m simply remembering who I wanted her to be, instead of who she actually was. Minnie could occasionally be quite difficult, and there were even times where I disliked her, or at the very least disliked her behavior. One of Minnie’s patented character flaws was her inability to cope with people leaving the house. Nearly every day for almost fourteen years frantic barking would break out near the main entry door of the Mohrbacher estate. Whenever you would attempt to leave the house Minnie would tear after you, stopping abruptly near the doorway before barking like a maniac and spinning around like a furry top.

She also sporadically displayed aggression in certain contexts, which would have been a huge problem if she wasn’t such a squirt. This behavior largely manifested itself around food, of which she could be violently defensive. Most disgusting about this habit was that it involved food in all its forms. One of the most aggravating examples of this was if Minnie got sick you’d have to typically distract her with something, or put her in another room so you could clean up the mess.

Yet, despite these problems, I was always glad to see her. For all the times that she made my life difficult (such as how she would dither over her pee-spot during subzero temperatures), I want her back. But all I’ve got now is this. This is the only place where she can live, in all of her good and bad forms. Although I originally intended to be succinct in remembering her, there will probably be more posts like this in the weeks to come my dear readers. It is the only way that I will be able to come to terms with the beautiful, endearing, frustrating and complex totality of her life.

This site uses Akismet to reduce spam. Learn how your comment data is processed.